Windows 11 May Be Available as a Free Upgrade for Windows 7, Windows 8.1 Users 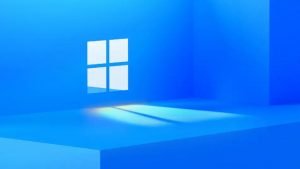 Windows 11 could be made available as a free upgrade for not just Windows 10 users but also for those running Windows 7 and Windows 8.1. Some references about the enhanced upgrade support have emerged from a recently leaked Windows 11 build ahead of its formal announcement. Microsoft previously ran a similar free upgrade programme for Windows 10. It was aimed at bringing more and more users to the latest Windows operating system and safely move people from older platforms that were no longer supported by Microsoft.

XDA Developers spotted some product configuration keys in the leaked Windows 11 build that carry titles of Windows 7 and Windows 8.1. These keys could be an indication of Microsoft bringing Windows 11 as a free upgrade for users on older Windows operating systems.

However, it is interesting to note that Windows 8 isn’t a part of the configuration keys. This suggests that users on Windows 8 may be required to upgrade to Windows 8.1 before moving to Windows 11.

According to the data provided by analytics platform Statcounter, Windows 7 is the second-biggest Windows operating system worldwide after Windows 10, with 15.52 percent of the market share as of May. It is followed by Windows 8.1 that has 3.44 percent share. In contrast, Windows 8 has 1.27 percent share.

Windows 11 launch is set for June 24. But ahead of its debut, the new operating system has been detailed through its leaked build that suggested a new Start menu and some other major interface-level changes. Windows 10 users will get Windows 11 as a free upgrade following its release, though it’s unclear whether it will be available for older generation operating systems immediately.