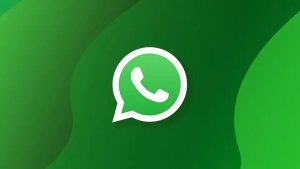 WhatsApp has been lagging in one thing that this digital era requires – multi device support. Most people deal with multiple devices as they juggle work, friends and entertainment, but WhatsApp has been quite slow to move on this feature. It is no wonder then that WhatsApp multi device support may well be one of the most requested features ever. However, things have moved a little bit forward now. But it has taken this popular encrypted messaging service years to make this announcement. WhatsApp head Will Cathcart and Facebook CEO Mark Zuckerberg have recently confirmed that the service would soon allow users to text from multiple devices. While the good news is still awaited, reports have filtered in about what users will not be able to do after multi-device support is rolled out. Yes, we are talking about limitations that WhatsApp may impose on users who use this feature, in the beginning at least.

While not much is known about how the multi-device functionality will work across several devices, popular WhatsApp feature leaker WABetaInfo has now revealed additional details about the upcoming feature. According to the report, users will be able to link up to four devices to their WhatsApp account, but that these devices will be limited to WhatsApp Web, WhatsApp Desktop and Facebook’s Portal. This has been confirmed in a screenshot shared by the tipster that invites users to join the multi device testing, which will first be available for beta users on the app. There is currently no word on the ‘Log out’ feature for linked devices, or whether it will arrive during a later update.

What WhatsApp Users Will Not Be Able To Do

WhatsApp notes that users who are testing the multi device feature will not be able to message users who are running an older or outdated WhatsApp version on their phone.

What WhatsApp Users Will Be Able To Do

The users who do get enrolled in the WhatsApp multi device beta, will be able to link one phone and up to four additional devices — on WhatsApp Web, WhatsApp Desktop and Facebook’s Portal. Once linked, WhatsApp will work on these devices even if your mail device runs out of battery or does not have internet access.

Interestingly, WhatsApp’s multi device beta onboarding screenshot also contains a disclaimer that states “performance and quality may be affected”. While it is unlikely that any major bugs will make their way to a public beta release of WhatsApp, this is probably a standard disclaimer for the company, while the features are tested by a wider audience.