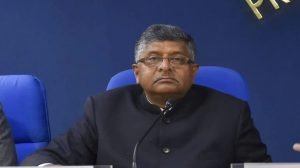 Union Minister Ravi Shankar Prasad on June 16 lashed out at Twitter and said the social media platform failed to comply with India’s new IT rules.

The minister said Twitter has “deliberately chosen the path of non compliance.”

Prasad reacted to reports that Twitter has lost its status as an intermediary, which would make it liable for content published on the platform.

“There are numerous queries arising as to whether Twitter is entitled to safe harbour provision. However, the simple fact of the matter is that Twitter has failed to comply with the Intermediary Guidelines that came into effect from the 26th of May,” Prasad said.

The Uttar Pradesh Police has filed an FIR against Twitter India, some Congress leaders, and a few journalists for “inciting communal sentiments” through tweets related to the assault of an elderly man in the Ghaziabad district of the state.

“What happened in UP was illustrative of Twitter’s arbitrariness in fighting fake news. While Twitter has been over enthusiastic about its fact checking mechanism, it’s failure to act in multiple cases like UP is perplexing & indicates its inconsistency in fighting misinformation,” Prasad said.

Social media companies were given three months (till May 25) to comply with the new Information Technology (Intermediary guidelines and Digital Media Ethics Code) Rules, 2021.

“It is astounding that Twitter which portrays itself as the flag bearer of free speech, chooses the path of deliberate defiance when it comes to the Intermediary Guidelines,” the minister said.