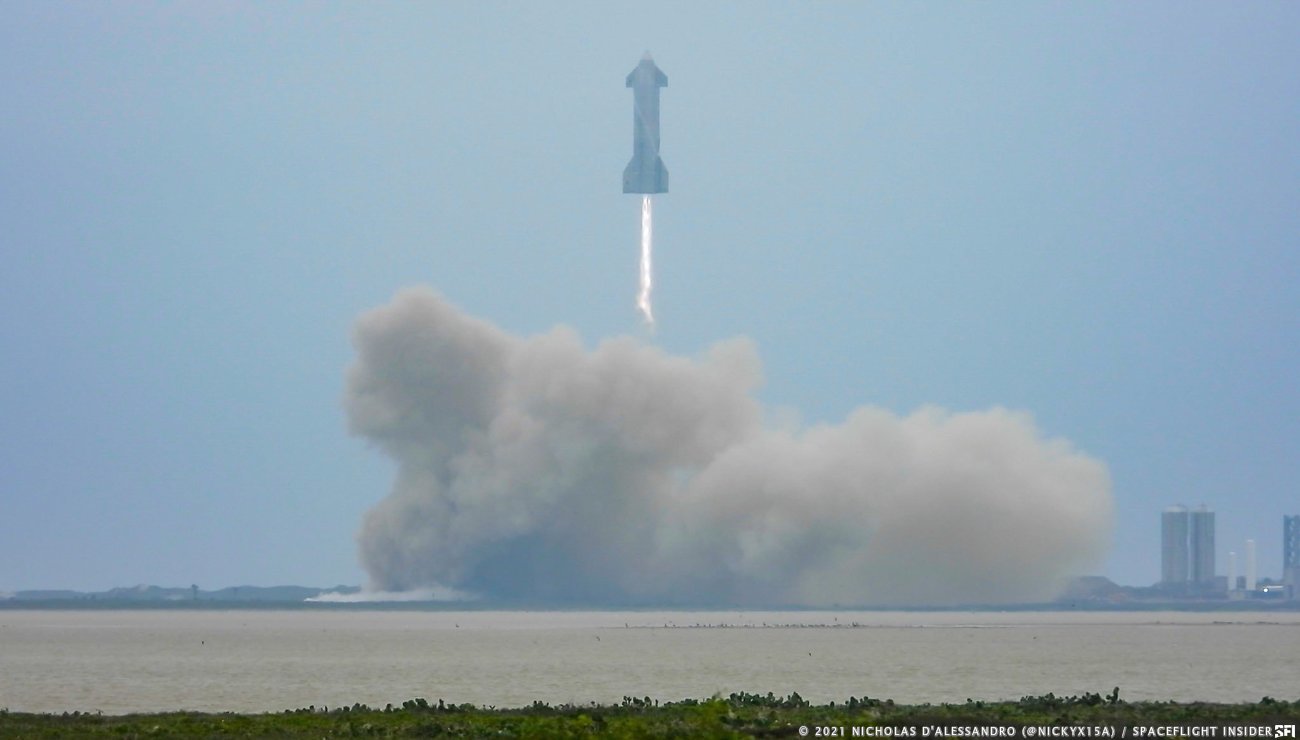 SpaceX’s Starship SN15 landed safely after its high-altitude test flight, successfully performing a landing-flip maneuver to softly touch down on a nearby pad.

The experimental test vehicle successfully launched at about 6:24 p.m. EDT (22:24 UTC) May 5, 2021, from SpaceX’s Boca Chica launch facility in South Texas. This came a week after the company secured a rare triple Federal Aviation Administration approval for three Starship flights.

The whole flight from launch to landing lasted just over six minutes, and this time the vehicle remained intact, marking the first 100% success of a 6.2-mile (10-kilometer) Starship high-altitude test flight.

The last Starship prototype to come this close to full success was Starship SN10, which landed slightly too hard due to a helium ingestion issue in the engines (reducing thrust), and the vehicle exploded on the pad from the damage around 10 minutes later.

There was some minor concern after Starship SN15 landed when a small fire began spreading underneath the vehicle, something that also happened during the SN10 landing two months ago. However, SpaceX was able to extinguish the flames and safe the test article.

While it wasn’t launched in fog like Starship SN11 in late March, the conditions were still overcast for those viewing in the South Texas area.

As with previous 6.2-mile (10-kilometer) flight tests, the vehicle slowly ascended to its target altitude, shutting down each Raptor engine in sequence as apogee was approached. Then Starship SN15 flipped horizontal for the signature belly-flop maneuver back to Earth.

During the final moments of flight, all three Raptor engines re-ignited (as is now standard, from SN10 onward), with the least desirably performing one downselected and the other two remaining powered until landing.

It’s unclear if Starship SN15 will fly again, however, back at the build facility, Starship SN16’s body and nosecone were recently rolled out of the Mid Bay and over to the High Bay for stacking.

Additionally, a new Raptor engine titled “INSERT MEME HERE” was also spotted being delivered to the production hangars, continuing the company’s running gag of hiding internet humor Easter eggs on the engines and blisteringly fast pace of iteration in general.

This was also the first test to occur after SpaceX was awarded a $2.9 billion contract to build a lunar variant of Starship to land NASA astronauts on the Moon under the agency’s Artemis program.

As of right now, however, the contract is on hold while a protest filed by Blue Origin and Dynetics (the other two contenders for the Human Landing System contract) is resolved by the Government Accountability Office.