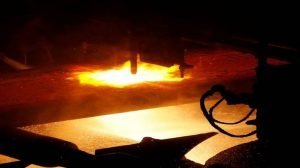 Analysts have given a thumbs up to the Rs 909-crore public issue of Shyam Metalics and Energy which opens for subscription today, June 14.

According to them, the company has healthy financial performance and balance sheet status along with cost rationalisation with operational efficiencies, improved productivity, favourable macros, capacity expansion plans and growth prospectus.

The price band for the offer, which will close on June 16, has been fixed at Rs 303-306 per share. Anchor investors already invested Rs 270 crore in the IPO through anchor book at a price of Rs 306 per share on June 11.

The net fresh issue proceeds will be utilised for repaying of Rs 470 crore debt of itself and its subsidiary Shyam SEL & Power.

“We like the financial performance posted by Shyam Metalics with healthy balance sheet status. Efficiency improvements, improved productivity and cost rationalization has enabled the company to deliver consistent and strong financial and operational performance,” said Hem Securities which recommended a subscribe rating on the issue for a short & long term basis.

The brokerage further said, “the company’s plans to strengthen its leading market position in India and achieve better economies of scale by expanding existing manufacturing capacities and setting up additional manufacturing plants is indicating the bright future prospects of the company.”

The steel sector is experiencing tailwinds on account of rising infrastructure spends by major economies, especially after the pandemic. The US government has approved $1.9 trillion infrastructure package and even other economies including India is consistently increasing infrastructure expenditure since last year to support the economy as well as employment.

The infrastructure sector is currently the second-largest segment in terms of steel consumption comprising of 25-30 percent share in the overall steel demand end-use mix. Demand from the sector is expected to be healthy with increasing activities and swift pace of execution in steel-intensive segments such as railways and particularly metros.

Further, in the FY22 Budget, the government laid special focus on infrastructure development including the announcement of Rs 64,180 crore investment in developing 17,000 rural and 11,000 urban wellness centres; Rs 1.41 lakh crore spend over next five years towards urban clean India; and out of the planned investment of Rs 1.51 lakh crore in Railways, Rs 1.07 lakh crore is towards construction capital expenditure.

“Domestically, prospects are looking up which is driving the capacity addition frenzy with a high likelihood of demand outstripping supply. SMEL, with its operational efficiencies, stands to benefit as it will be nearly doubling its capacities which are slated to come onstream FY23 onwards, if not earlier,” said Angel Broking which recommendedS a subscribe rating on the issue.

Shyam Metalics, a leading integrated metal producing company based in India with a focus on long steel products and ferro alloys, is amongst the largest producers of ferro alloys in terms of installed capacity in India, as of February 2021. As of March 2020, it is one of the leading players in terms of pellet capacity and the fourth-largest player in the sponge iron industry in terms of sponge iron capacity.

Currently, the company operates three manufacturing plants that are located at Sambalpur in Odisha, and Jamuria and Mangalpur in West Bengal, which are well connected by roads, railways and ports.

The company in the process of increasing the capacities of existing manufacturing plants and captive power plants, which is expected to increase aggregate installed metal capacity (comprising of intermediate and final products) from 5.71 MTPA to 11.60 MTPA and captive power plants aggregate installed capacity from 227 MW to 357 MW. These proposed expansions are expected to become operational between FY 2022- 2025.

Valuation wise also, the company looks attractive compared to peers. “Considering the trailing twelve months-TTM (December 2020) adjusted EPS of 21.02 on a post-issue basis, the company is going to list at PE of 14.6X with a market cap of Rs 7,805.5 crore whereas its peers namely Tata Steel and JSW Steel are quoting at higher PE of 16.6X and 21.6X respectively,” said Marwadi Financial Services.

The brokerage recommended subscribing the issue.

Canara Bank Securities also believes the issue is quite attractive as compared to listed peers. “Considering the company’s capacity expansion plans and growth prospectus, we recommend subscribe for listing and long term gain,” it said.

During the initial months of 9M FY21, business was impacted by the Covid-19 induced lockdown and lower demand. “But as the unlock process started, there was a massive spike in the economic activities which positively impacted the demand of SMEL’s products. Improving international steel prices and relatively subdued raw material prices aided in profitability improvement,” said Choice Broking.

“With favourable macros for steel consumption, cautious view on the international steel prices and higher demanded valuation, we assign a ‘subscribe with caution’ rating for the issue,” said Choice Broking.