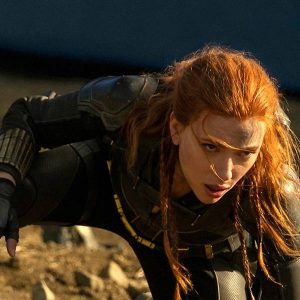 It’s a bit of an understatement to say it took far too long for the only female member of the original six Avengers to get her own solo film.

But the oft-underrated Black Widow is finally front and centre in the first film to kick off Phase Four of the Marvel Cinematic Universe (MCU), getting the spotlight she deserves, and fully determined to blow up the superhero patriarchy, both on and off the screen.

It has been a long 11-year journey for the spy-assassin, beginning with 2010’s Iron Man 2, where we were first introduced to Scarlett Johansson’s Natasha Romanoff (aka Black Widow) in MCU.

And it was very important, Johansson told CNA Lifestyle over a video interview, that this standalone Black Widow film would hold up as a reflection of how real women function in the real world.

“Honestly, I think we would have been amiss if we didn’t reflect what was going on all around us, and to all of us as women, you know?” the 36-year-old mother-of-one shared.

She added: “When I read that, I was like, I’ve got to produce this movie, there’s just no way! Like, that’s not interesting! Women don’t interact that way. We’re now experiencing this amazing moment where women are lifting other women up! And women have always lifted other women up and out of traumatic circumstances so that they can thrive. I just was so much more interested in that story. And I think fans are, too.”

Johansson has publicly spoken out about how “sexualised” Black Widow was when the character was first presented more than a decade ago. She had highlighted that this standalone film, which she executive-produced herself, makes that conscious effort to “move away from the kind of hyper-sexualisation of this character”.

“I think her character is very reflective of my own growth, you know? It’s been 10 years of time. And this film is really a journey of self-forgiveness. And I think as we get older, we work more towards understanding ourselves better and giving ourselves a break,” she shared.

“That’s what you hope,” she added, with a laugh. “It’s like you go easier on yourself as you get older, and you understand your parents and their choices and how it affected you. And the choices that you made, or thought you made but didn’t work, were kind of made for you. I don’t think we could have made this movie 10 years ago because I would not have known (her character) Natasha as well as I do now.”