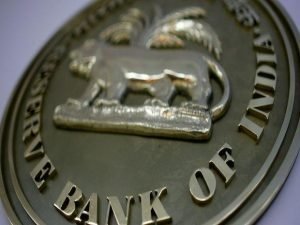 After the RBI surprised the Centre with a record Rs 99,122 crore in surplus transfer for FY21, analysts said this will help the government tide over the revenue losses from lockdowns and extend more support to the pandemic hit industries and to the poor people.

In fiscal 2020, the RBI had paid only Rs 57,128 crore in dividend to the government and the finance minister had budgeted only Rs 45,000 crore from the central bank.

The higher payout followed the Bimal Jalan panel report that had set a new economic framework capital buffer for the central bank along with the contingency risk buffer at 5.5 per cent.

So far, in response to the second wave of the pandemic, the government has set aside only Rs 26,000 crore for free food distribution to 80 crore people.

Barclays India chief economist Rahul Bajoria said the upside surprise increases the spending bandwidth of the fiscally stretched government, giving it more room to provide more reliefs to alleviate the impact of the second wave of the pandemic.

The dividend payout of Rs 99,122 is 0.5 per cent of GDP, more than double of the budget estimate of Rs 45,000 crore, and has been enabled by the increased returns from the RBI’s domestic assets and changes in its accounting practices — the RBI recently allowed itself to book profits on its forex transactions from a weighted average cost perspective.

Our estimates show that this move could have helped the central bank boost yields on its foreign asset holdings. Further, increased holdings of Gsecs likely further amplified the central bank’s income for the year, he said.

The record dividend payout will relieve some of the fiscal pressure on the government, providing it with more room to spend in the current fiscal. This could be particularly helpful in alleviating the impact of the second wave, Bajoria added.

Aditi Nayar, the chief economist at Icra Ratings, said this considerably higher surplus transfer will offer the government a buffer to absorb the losses in indirect tax revenue that are anticipated in May-June due to the impact of the lockdowns on the level of consumption on discretionary items and contact-intensive services.

Moreover, high commodity prices at a time when demand and pricing power are subdued will dent the margins of corporates in many sectors, compressing the growth in direct tax collections, Nayar warned and said this higher dividend will help cushion some of this revenue shock.

After this dividend payout for the accounting period of nine months ending March 2021 (July 2020-March 2021), the RBI is left with a contingency risk buffer at 5.50 per cent of its capital.