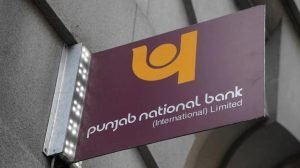 Country’s second largest lender Punjab National Bank (PNB) on Saturday said it is expecting nearly three-fold jump in its net profit to Rs 6,000 crore during the current fiscal as consolidation process is over.

“Our projection for FY’22…overall net profit should not be less than Rs 6,000 crore at the conservative level. It all depends on credit growth, demand in the economy,” PNB Managing Director SS Mallikarjuna Rao said while speaking to media on FY21 fourth quarter numbers.

He, however, said accurate estimation could be done after the end of the first quarter of FY22.

On the loan growth, Rao said, it should be between 8 and 10 per cent for the banking industry on the assumption that the economy will grow at 9.5 per cent in 2021-22.

“At the conservative level, we would like to show a growth rate of 8 per cent if the economy moves on expected lines where the GDP growth is 9.5 per cent and the COVID impact is reduced or eliminated by June,” he said.

With regard to selling its stake in Canara HSBC OBC Life Insurance Company, Rao said it would be done over the next 12-18 months.

The city-headquartered state-owned bank had acquired 23 per cent stake in the life insurer post amalgamation of the erstwhile Oriental Bank of Commerce (OBC) into itself last fiscal year.

“We have shareholding in two insurance companies because of the amalgamation and IRDAI had given us forbearance to continue to hold stake in both the companies up to March 2021…IRDAI guidelines say a bank cannot hold more than 10 per cent stake in the second insurance company. Considering all these factors, we have decided at board level to exit from Canara HSBC OBC Life Insurance Company,” he said.

As per extant insurance guidelines of Insurance Regulatory and Development Authority of India (Irdai), one promoter cannot hold more than 10 per cent stake in two insurance ventures.

“The time horizon will be depend on how we are going to complete the formalities, select a merchant banker, actuary, legal counsel and go through the process. Since it is not a listed company the valuations has to be finalised. The process may take anything from one to one and a half years and also approach IRDAI accordingly,” he said.

PNB is also a promoter of another insurer PNB Metlife Insurance, owning the highest stake of 30 per cent. The company was set up in 2001, in which other shareholders include US-based Metlife with 26 per cent, Elpro (21 per cent) and M Pallonji & Company (18 per cent).

PNB expects to realise Rs 50-60 crore from its stake sale in ARCIL based on valuation, he added.

With regard to PNB Housing Finance, Rao said, the bank would continue to hold its stake in the housing finance company and is not looking at divestment.

Last month, PNB Housing Finance’s board approved a capital raise of up to Rs 4,000 crore by issuing equity shares and convertible warrants to entities led by Carlyle Group firms.

However, PNB will continue to be classified as part of the “promoter group” following the completion of this transaction.