Paytm to issue fresh equity shares worth ₹12,000 cr in run-up to IPO 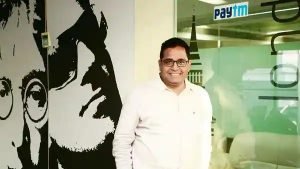 One97 Communications Ltd, the parent company which owns Paytm brand, intends to issue fresh equity shares worth ₹12,000 crore, for its primary fund raise, ahead of its much-awaited initial public offering (IPO), planned around November-end this year.

Among other proposals, Paytm founder Vijay Shekhar Sharma is also expected to be declassified from his status as ‘promoter’ of the company, in accordance with public listing rules set out by markets regulator, Securities and Exchange Board of India (Sebi).

The proposal, among others, will be put to vote at the company’s extra-ordinary general meeting to be held on 12 July, the company informed through a notice to shareholders Friday afternoon.

One97 Communications’ board of directors approved the offers in a meeting held on 14 June. During the same meeting, the company’s board also finalized JPMorgan Chase & Co., Goldman Sachs, Morgan Stanley and ICICI Securities Ltd, as bankers or lead book running managers to the IPO.

Mint first reported on 31 May that the company was looking to raise $1 billion to $1.5 billion, through fresh issue of shares, for its primary fund raise from qualified institutional buyers (QIBs). With the primary and secondary allotment of shares, the company would be looking to undertake a share sale worth a little over $3 billion during its IPO, one individual aware of the discussion told Mint on condition of anonymity.

“The recent issue of fresh shares will be done solely with the purpose of infusing primary capital in the company. There will be a secondary offer as well where existing investors would offer their shares,” said the person quoted above.

The company at present has 1,000 shareholders, broadly held by various institutional investors, employees, former-employees and other third parties. Sharma will continue in his role as managing director of the entity, after being declassified as ‘promoter’ of One97 Communications.

During a public issue by an unlisted company, Sebi requires promoters to have at least 20% of the post issue capital. Currently, Sharma holds 9,051,624 equity shares of One97 Communications Ltd, amounting to 14.61% of the total paid-up equity share capital, the notice to shareholders said.

“The board of directors has received a letter from the founder (Vijay Shekhar Sharma), on declassification of his status as promoter of the company […] the founder does not exercise any control over the affairs of the company and that the board is not accustomed to act solely in accordance with any advice, directions or instructions given by him. The involvement of the founder in the management and affairs of the company is limited to his professional capacity as an executive director and currently as managing director,” read the letter to shareholders Friday.

Paytm could not be immediately reached out for a comment.

Paytm’s other proposal to shareholders also includes amendments to One97 Employee Stock Option Scheme 2019 and its Employee Stock Option Scheme 2008, to comply with Sebi’s listing rules. “The amendment in the ESOP scheme could be cosmetic changes to comply with Sebi rules. Grant price and vesting period and pool size are expected to remain unchanged,” said the above individual quoted above.