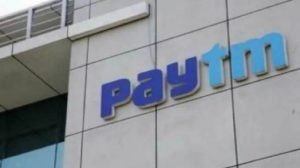 Paytm is targeting a $3 billion initial public offering (IPO) – the largest ever for India, according to a Bloomberg report.

The digital payments platform’s backers include investors like Ant Group, Berkshire Hathaway and SoftBank Group Corporation. Paytm has planned to list around November to coincide with the Diwali festive season, a source told the publication. They asked not to be identified as details are private.

Moneycontrol could not independently verify the report.

Formally called One97 Communications, Paytm is targeting a valuation of around $25-30 billion. The One97 board plans to meet this Friday (May 28) to formally approve the IPO, a source added.

If the IPO goes through, the share sale would surpass Coal India’s 2010 offering, which as of now is the largest IPO in the country.

Citigroup, Morgan Stanley and JPMorgan Chase are contending to run the offering, with Morgan Stanley leading for the role, the source added. The decision is expected in late June or early July.

Paytm, Citigroup, Morgan Stanley and JPMorgan Chase did not respond to queries, the report said.

The listing will include new and existing shares, to comply with India’s regulatory requirement for 10 percent shares floated within two years and 25 percent within five years.