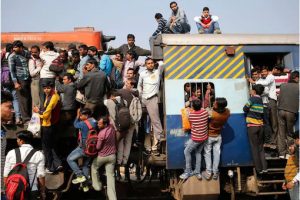 For a policy analyst like me and for many others, the comprehensive draft bill by the Yogi Adityanath government on population management is a treat to read and study. The Uttar Pradesh Population (Control, Stabilization and Welfare), Bill, 2021 is available on the UP State Law Commission’s website for suggestions and feedback. The bill talks about controlling the rapid increase in state’s population, ways to stabilize it and ensure the welfare of the existing population.

The incentives involve—additional increments during the service tenure, subsidies towards purchase of plot or a house from the housing boards, soft loan for purchasing a house, rebates on utility bills, paid maternity or paternity leaves for 12 months with full salary, certain percentage increase in employer’s contribution to the pension fund, free health care facility and insurance coverage, preference to single child in admissions in educational institutes likes IIMs, AIIMS and others, free education up-to graduation level for the single child, scholarship for higher studies for a single girl child and preference to the single child in government jobs. Many of these incentives are applicable to people working in private sector also. And, I am sure that with such positive incentives from the government, even private sector Human Resource (HR) teams will be pushed to encourage small families with further incentives in private companies.

The whole draft bill is positively biased towards the girl child. For instance, as per the bill, if a couple living below the poverty line (BPL) has a single child and undergo voluntary sterilization, they shall be eligible for a one-time lump sum amount from the government, Rs 80,000 if the single child is a boy and Rs 1 lakh if it is a girl.

DISINCENTIVES FOR LARGE FAMILIES
For any conscious couple, the difficulty one faces in feeding nutritious food, educating the children and raising a large family properly should be an inherent disincentive for having more children. Despite this, those who go ahead with more than two children will face three strong disincentives – (a) Bar on contesting local body elections, (b) Barred from welfare schemes of the government and (c) Barred from applying to government jobs and promotion in government jobs.

HANDLING EXCEPTIONS
The Yogi government’s draft bill on population management has not left anything to ambiguity. It comprehensively addresses each of the exceptions and their remedies with detailed illustrations and examples. Exceptions like multiple births (for example, twin births) in second pregnancy, couples who wish to adopt a child over and above their own children, or where a child is specially abled, or if the first child of a couple unfortunately dies are spelt out in detail in the draft bill.

The law will only be applicable a year after it has been published in an official gazette. So, if a couple has two two children and have a third child within one year from the date of commencement of this Act, it shall not be against the two-child norm.

PEOPLE’S WELFARE
The draft population bill of the Yogi government also talks in detail about ensuring availability of contraceptives needed for family planning, spreading awareness about family planning, forming village-level societies to spread awareness about small families, adding population control as a subject in school curriculum in secondary schools, ensuring maternal and infant health, ensuring mandatory registration of pregnancies, deliveries, birth etc. The enactment of this bill will also need resources and the bill clearly talks about setting up a State Population Fund to implement the Act.

Any policy analyst can easily assess that the UP government’s bill is drafted after a comprehensive study of national and global best practices in population management. The draft bill is still open for suggestions till July 19, 2021. Once enacted, this will be one of the finest and well-drafted population management laws in the country.