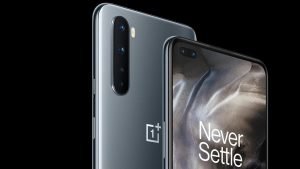 One Plus is set to launch the next mid-range smartphones that will be called the Nord CE 5G and Nord N200 5G. CE stands for “Core Edition”. While Nord CE 5G is set to arrive on 10 June and will be released in Europe and India, the OnePlus Nord N200 5G, which is exclusively made for the US and Canada, won’t be launched during the event. It will arrive in the market at an unknown later date. Details about the devices have not been revealed as of now.

As per TechRadar, OnePlus CEO, Pete Lau confirmed the launch of the new handsets and few other details about the upcoming, relatively economical alternatives to the company’s flagship phones. Lau says, “we have distilled the original Nord down to its core elements, and added a few extra features to create a great everyday phone at an even more affordable price”.

The company hasn’t revealed too many details about the specifications of the devices, except that they’re expected to be 5G compatible and promise to offer a smooth user experience. “Making the signature OnePlus experience more accessible is a balancing act. But there are certain classic flagship features which we have brought onto the OnePlus Nord series this year to ensure we are delivering that fast and smooth experience with the Nord series”, Lau said.

OnePlus Nord offered premium quality specs and features on a lower budget than other phones from the brand. As mentioned, the OnePlus Nord CE 5G is set to take the Nord legacy forward, it may be expected that this device may be a cheaper handset than Nord 2020.

According to Lau, consumer satisfaction with the original OnePlus Nord handsets has influenced the extending legacy of Nord. “We’ve learned more about what our users have enjoyed about the Nord, and also gained a deeper understanding into what they are looking for in a more affordable phone”, he said.

Recently, OnePlus accidentally revealed that Nord 2 is expected to debut in India next month. In its FAQ section, the company accidentally mentioned Nord 2 in the list of its supported phones which somewhat confirmed its launch. However, the page was later edited.

Pricebaba in collaboration with tispter Ishan Agrawal revealed that the OnePlus TV U1S series, expected to launch on 10 June, might come with 4K resolution and offer 50-inch, 55-inch and 65-inch screens sizes. The smart TV series is also expected to come with support for HDR10+, HLG, and MEMC and 60Hz refresh rate.