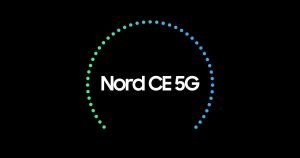 The Nord Core Edition is said to feature a 6.43-inch AMOLED panel with 90Hz refresh rate. The display will also house an optical in-display fingerprint sensor, and a punch-hole notch. The device will have a full plastic build, which means the frame, as well as the back panel, will be made up of polycarbonate.

The upcoming Nord series device is said to be powered by an octa-core Qualcomm Snapdragon 750G SoC, built on an 8nm fabrication process. Yogesh tells us that the smartphone will retail in 6GB RAM + 64GB storage, and 8GB RAM + 128GB storage configurations.

OnePlus Nord CE will offer a 64MP triple-rear camera setup. The primary sensor on the Nord CE will be an OmniVision sensor that will be accompanied by an 8MP ultra-wide-angle lens, and a 2MP depth sensor, according to the tipster. On the front, it is said to offer a 16MP shooter for selfies and video calls.

Yogesh had previously revealed that the Nord CE 5G will be at least a couple of thousands cheaper compared to the OG OnePlus Nord, which means the 8GB RAM + 128GB storage variant of the Nord CE 5G might cost around Rs. 25,000 in the country.

The OnePlus Nord CE is confirmed to feature a 3.5mm audio jack, and it will be just 7.9mm in terms of thickness. OnePlus Nord CE 5G pre-orders will start in the country on June 11th, and users pre-ordering the device will be eligible to get goodies worth Rs. 2,699.