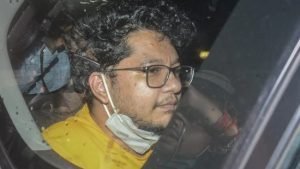 Pithani was Rajput’s former flatmate and one of those who reportedly found the actor’s body hanging from the ceiling fan on June 14 last year. Pithani had been questioned by the NCB last year in connection with the probe.

NCB arrested Hemant Shah alias Maharaj from Goa in connection with Rajput’s death on May 7. Shah had allegedly supplied drugs to Anuj Keshwani and Regal Mahakaal, two local suppliers, who were also being investigated for the actor’s death

PTI reported that an NCB team, led by zonal director Sameer Wankhede, launched a search for Pithani and traced him to Hyderabad. Pithani was brought to Mumbai following his arrest.

NCB had filed a chargesheet on March 5, which named 33 accursed, including the late actor’s girlfriend at the time of his death, Rhea Chakraborty. This chargesheet contained statements of 200 witnesses, and was complied after 6 months of investigation. The agency had also recorded statements of Bollywood actors Deepika Padukone, Rahul Preet Singh, and Sara Ali Khan during their probe.

Pithani had been questioned by the Enforcement Directorate (ED) on August 11 of last year, along with the late actor’s business manager Shruti Modi, and his sister Meetu Singh. Both Pithani and Modi’s statements were recorded under the Prevention of Money Laundering Act (PMLA) by the central probe agency.

Pithani, who had been living with the late actor for about a year at the time of his death, had also been questioned by the Mumbai Police as part of its accidental death report (ADR) probe into Rajput’s death.