National Technology Day 2021: Theme, History And Significance Of The Day 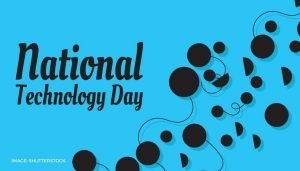 National Technology Day Significance
The aim to celebrate National Technology Day is to highlight the achievements of our scientists and engineers in the field of science and technology. The Ministry of Science and technology coordinates different events across India in celebration of this day. There is a specific theme decided by the department and all the planning of the event is done according to the theme.

The day also serves as a reminder for people to keep innovating and understanding the importance of technological development. Just a couple of decades back, even owning a simple mobile phone was a dream for most of the population. Today almost everyone has access to cheap smartphones and mobile data, which has facilitated a boom of online education and self-learning. People can celebrate National Technology Day this year by spreading the importance of innovation and technological advancement with their colleagues, family and friends.