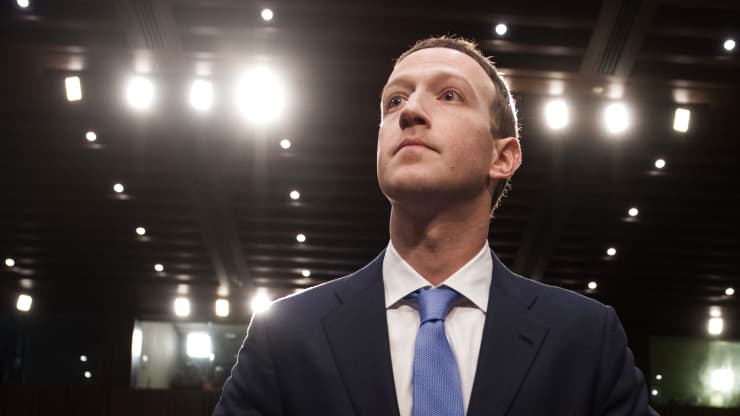 Facebook’s self-created “supreme court” refused to do the company’s dirty work when it handed down a decision on the platform’s indefinite ban of former President Donald Trump.

Facebook was right to ban Trump after his posts expressing support for rioters at the U.S. Capitol on Jan. 6, Facebook’s oversight board said in its decision Wednesday. But, the board said, Facebook should not have made the ban indefinite, adding that it’s up to the company to decide the appropriate time frame for suspension — whether that’s a few weeks more or forever.

“In applying a vague, standardless penalty and then referring this case to the Board to resolve, Facebook seeks to avoid its responsibilities,” wrote the board, an independent committee of 20 outside experts. “The Board declines Facebook’s request and insists that Facebook apply and justify a defined penalty.”

The oversight board was created to adjudicate on some of the trickiest problems Facebook faces in operating a platform for a community larger than most nations. It’s funded by a trust created by Facebook but which the platform cannot control. The board’s recommendations are not binding.

Yet Facebook CEO Mark Zuckerberg had previously committed the platform to following the board’s decision on the Trump ban, whatever it may be. Zuckerberg has long said he does not want to be the sole arbiter of truth for such a large community and has welcomed the presence of an outside body that could appear to play that role in a deliberative way — without taking away any of his power over the business.

That makes the board’s decision on the Trump ban perhaps the worst-case scenario for Facebook, at least in terms of the delicate diplomatic line it walks in Washington. It was clear long before the decision was made that half the country would likely be unhappy with whichever outcome the board chose, whether it was to permanently ban or to reinstate Trump’s account. But the actual decision has seemed to aggravate lawmakers on both the left and the right.

“Facebook is a disinformation-for-profit machine that won’t accept responsibility for its role in the safety of our democracy and people,” Sen. Elizabeth Warren, D-Mass., tweeted following the decision on Wednesday. “Trump should be banned for good, but Facebook will continue to fumble with its power until Congress and antitrust regulators rein in Big Tech.”

While some Democrats were more conciliatory toward Facebook, it’s clear they have a single outcome in mind once Facebook hands down its final decision, leaving the company in a tricky spot.

Zuckerberg can no longer deflect blame for a decision on Trump’s suspension. The oversight board gave Facebook up to six months to come up with an appropriate time frame for the ban and to explain their policy that justifies it. While the board’s co-chairs acknowledged the same case could land back on their desk after that, Facebook will have already been forced to state publicly one way or another whether it believes the former president should be allowed to return to its platform.

Still, the board did provide a list of recommendations to frame how Facebook should consider its decision, which could at least make its ultimate choice more clear to consumers. The board said that context matters when it comes to suspension decisions and preventing significant harm should take precedence over newsworthiness. It suggested that Facebook could assess whether risk of harm has diminished before reinstating an account.

There’s a lot on the line for Facebook. The company already faces antitrust lawsuits from the Federal Trade Commission and a coalition of state attorneys general that have seen broad bipartisan support. Trump’s suspension from the platform seemed to rile up conservatives who had already felt the company was too powerful, motivating them to join with Democrats seeking reforms to antitrust law and the legal liability shield that protects tech platforms known as Section 230.

Even if Facebook allows Trump back on the platform, it’s hard to know if Republicans will forgive the original suspension, while Democrats will likely be motivated to push even harder for reforms.

Already, Republicans have seemed to express willingness to go further than previously in terms of tech reform after Wednesday’s decision. Sen. Roger Wicker, R-Miss., the ranking member on the Senate Commerce Committee, said in a statement that Justice Clarence Thomas’ recent suggestion of regulating social media like common carriers “offers a sound basis for legislation that would bring accountability to this industry.” Categorizing platforms as common carriers would come with far greater regulation than they experience today, possibly making their content moderation practices too risky to continue in their current form.

“We will now consider the board’s decision and determine an action that is clear and proportionate,” Facebook VP of Global Affairs Nick Clegg wrote. “In the meantime, Mr. Trump’s accounts remain suspended.”