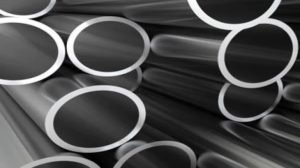 India’s largest steel producer JSW Steel on May 23 refuted media reports that suggested that it was interested in buying Liberty Steel’s assets in the UK.

The company said the reports that claimed that it was interested in bidding for or buying the UK-based firm is misleading and mischievous.

“It is hereby clarified that such reports stating about the company’s interest in bidding/buying Liberty Steel’s assets are not only speculative but also misleading and mischievous,” it said.

JSW Steel further said that it would notify the Securities and Exchanges Board of India, keeping with its obligations under SEBI (Listing Obligations and Disclosure Requirements) Regulations, 2015 and its agreement with the stock exchanges.

Earlier, it was widely reported that JSW Steel was considering a bid to buy Liberty Steel in Britain as well as mills elsewhere.