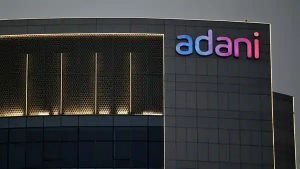 The transactions have been done via market purchase, according to a BSE notice.

Adani group shares were under pressure since last week with investors wealth having been eroded by more than $13 billion after the Economic Times reported that the National Securities Depository Ltd had frozen the accounts of three Mauritius-based funds due to insufficient information on the owners. The Adani group called the report “blatantly erroneous” and contended that it was done deliberately to mislead the investing community.