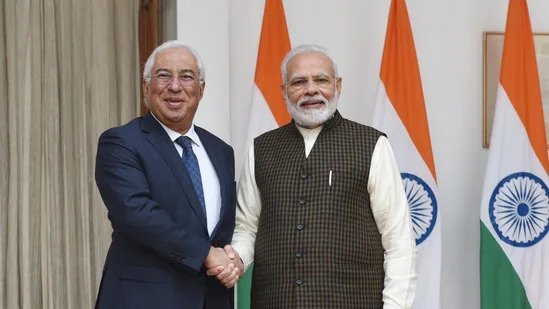 India’s role as a major regional and global player is set to expand over the coming years and its journey with the European Union in search of new routes of political, economic and technological cooperation will continue, Prime Minister Narendra Modi and his Portuguese counterpart Antonio Costa said on Saturday.

In a joint op-ed piece in Politico, they said the India-EU leaders’ meeting is an opportunity to expand cooperation in new areas of decisive importance for the development of contemporary societies and economies.

“India’s role as a major regional and global player is set to continue to expand over the coming years, and a strengthened partnership would offer Europe an opportunity to diversify relations in a strategic region of the world,” Modi and Costa said.

In the virtual India-EU leaders’ meeting on Saturday, the two sides are expected to announce the resumption of negotiations for a free trade agreement after a gap of eight years, besides resolving to further broadbase their ties.

“The journey together between the EU and India will be continued and advanced as of tomorrow in search of new routes of political, economic and technological cooperation, with enormous potential for mutual benefits,” the two prime ministers said.