How To Get Discord Nitro On Epic Games? Here’s How To Download It From Epic Mega Sale 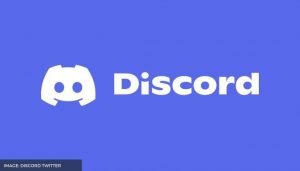 Epic Games has been on the top of their game and are currently celebrating their Epic Mega Sale and have already offered a number of exciting offers for the players. Currently, many players are trying to find how to get Discord Nitro on Epic Games and are curious to know more about it. Thus there is all the information needed to use and download Epic Games Discord Nitro. Read more to know how to use Discord Nitro for free on your device.

How to get Discord Nitro on Epic Games?
The makers of Epic Games have been releasing a lot of new content for their players to enjoy currently. Now they have confirmed that the users can get free 3-month access to Discord Nitro if downloaded from the Epic Games store. This program might be extremely useful for hardcore gamers as it grants the users with chat perks, bigger file uploads, and the opportunity to stand out in their favourite Discord channels. Apart from this, using this application will also give the players 2 server boosts and 30% off the price of extra server boos. Because of the Epic Mega Sale, the users can now try out this application on their devices for 3 months. The first 3 months will be of no cost but after that, they will need to get a subscription that will cost them about $9.99 per month or $99.99 a year. Here is some more information about Discord Nitro.

Discord Nitro helps the players to enhance the Discord voice, video, and text chat experience with the help of their wide range of exciting perks. Nitro offers its users a set of different animated avatars and custom tags to use. Apart from this, 2 Server Boosts and a 30% off extra Boosts, ability to collect and make their own emojis, profile badges to rep the support, bigger uploads that are around 100 MB, and the final thing the players can use is the hi-res video, screen share, and Go Live streaming. Keep in mind that this free offer only applies to users who have not yet tried the Discord Nitro.

This offer is not applicable to users who have already registered and used this multitasking application before. It is only valid till June 17 and after that, the users will need to pay for the subscriptions. Apart from this, the Epic Mega Sale has brought in a number of new games for their players. They had recently released the latest NBA 2K game and confirmed Control to be the next game their players can enjoy. Seeing such a great set of games being released to the players at no additional cost certainly shows that Epic Games are trying to increase their player base with such tactics. The players can expect to see similar offers and sales by the makers in the future.