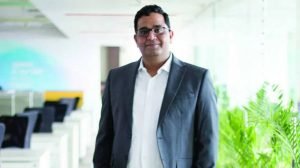 One97 Communications, which owns and operates Paytm, has identified key management personnel who are likely to make it to its draft red herring prospectus (DRHP), according to sources privy to the development.

The company, on July 12, received approval from its shareholders at an extraordinary general meeting to raise Rs 12,000 crore through a fresh issue of shares, paving way for one of India’s largest initial public offerings (IPO) in recent times.

Paytm will be filing its Draft Red Herring Prospectus with the Securities and Exchange Board of India (SEBI) shortly, the first step towards a public listing.

Paytm Money allows applications before IPO opens, begins with Zomato
Interestingly, the list includes people who have spent more than a decade with the company to executives who joined Paytm barely three months ago.
Here is the list.

Madhur Deora — Deora is the president and group chief financial officer. He joined Paytm in 2016 after serving over 17 years in Citigroup Investment Banking as its managing director. A graduate of Wharton School, Deora plays a key role in Paytm’s IPO.

Vikas Garg — Garg is the chief finance officer. He joined Paytm in 2013 as vice president of finance and rose ranks to become the company’s CFO. He has over 20 years of experience in corporate finance. He has been instrumental in various fundraising initiatives of the group and setting up of new businesses and mergers and acquisitions in addition to finance responsibilities.

Renu Satti — Satti is the head of offline payments business such as Paytm QR, smart android POS and IoT devices . She has been with Paytm for over 14 years now. In 2017 she was also made the chief executive officer of Paytm’s payments Bank for over a year.

Bhavesh Gupta — Gupta is the head of lending business, a very important vertical for Paytm ahead of its IPO as it has expanded its focus on financial services segments. A banking veteran, Gupta comes with over 24 years of industry experience where he led businesses in ICICI Bank, IDFC Bank and Clix Capital. He joined the company just a year ago. Before this he served as the chief executive officer of Clix Capital for over three years.

Praveen Sharma — Sharma is the head of online payments. He joined Paytm in 2019, after a nine-year stint with Google, where he held leadership roles across India and APAC. Leading to Google, he held several senior-level positions across some of the major advertising groups like Madison and Group M.

Harinderpal Singh Takhar — Takhar is the chief executive officer of Paytm Labs and has been associated with it since June, 2013. He holds a bachelor’s degree in engineering from the University of Delhi and a master’s degree in business administration from INSEAD.

Sudhanshu Gupta — Gupta is the chief operating officer of Paytm First Games. He has been with Paytm for over 8 years now and leads the gaming vertical in the company. Prior to this he worked with Flipkart and Pepsico.

Deepankar Sanwalka — Sanwalka is the president of compliances and operations. He has spent just three months with Paytm after joining in May. Prior to this, he was the advisory leader for PwC India and a member of the PwC India Leadership Team, Global and Asia Pacific Americas (APA) Advisory leadership teams. He is a chartered accountant by profession with over 30 years of experience as a business leader.