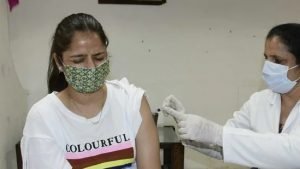 India has reported a total of 40 cases of the coronavirus disease (Covid-19) due to the Delta Plus variant till now, news agency ANI reported on Wednesday citing sources from the central government.

“India reports 40 cases of the Delta Plus variant of the novel coronavirus. Most of the cases are from Maharashtra, Madhya Pradesh, Kerala and Tamil Nadu. It is still a variant of interest,” the government sources were quoted as saying. Till Tuesday, the number was 22.

On Tuesday, the Union ministry of health and family welfare (MoHFW) had, in a statement, called Delta Plus a “variant of concern” (VoC). In declaring so, the ministry cited an analysis by a consortium of genomic sequencing labs that purportedly found the mutated virus to spread more readily. Earlier that day, addressing a press conference, Union health secretary Rajesh Bhushan had called Delta Plus a “variant of interest” (VoI), which denotes that the variant is being studied.

In its statement, the ministry had also noted it alerted the states where the said variant has been found. “Maharashtra, Kerala and Madhya Pradesh have been advised that the public health response measures, while broadly remaining the same, have to be more focused and effective. Chief secretaries have thus been advised to take up immediate containment measures in various districts and clusters,” the statement said.

Delta Plus is a mutation of the Delta Covid-19 variant, or the B1.617.2 strain, which was first detected in India. Scientifically, Delta Plus is denoted as AY.1 variant, and, in the study cited by MoHFW statement, was found to affect the lungs “more strongly” and possibly reduce the ability of antibodies to neutralise it.

Another variant that was first detected in India is Kappa, which is denoted as B1.617.1 strain. However, it is the Delta variant which is believed to be behind the second Covid-19 wave, which swept the country in April-May, and was at its peak during the two months. In the second wave, which has since subsided, the country registered record new Covid-19 days on several days, as well as daily fatalities due to the viral disease.