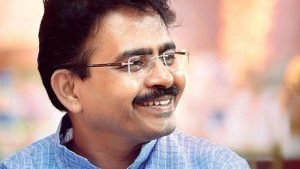 The 46-year-old leader was on ventilator support at the hospital after his health deteriorated.

Satav was later diagnosed with a new viral infection and was in a critical condition.

Prime Minister Narendra Modi expressed his condolences on the demise of Congress MP Rajeev Satav. PM Modi took to Twitter and said he was anguished by the passing away of his friend from Parliament.

In his tweet, Congress leader Rahul Gandhi said, “I’m very sad at the loss of my friend Rajeev Satav. He was a leader with huge potential who embodied the ideals of the Congress. It’s a big loss for us all. My condolences and love to his family.”

Congress General Secretary Priyanka Gandhi Vadra condoled the death of Rajeev Satav and wrote on Twitter, “In Rajeev Satav we have lost one of our brightest colleagues. Clean of heart, sincere, deeply committed to the ideals of the Congress & devoted to the people of India. I have no words, just prayers for his young wife & children. May they have the strength to carry on without him.”

Randeep Surjwwala, another Congress veteran, expressed grief over Rajeev Satav’s demise, he tweeted, “Today I lost a friend who took the first steps of public life with me in the Youth Congress,”

Rajeev Satav was secretary in-charge for Gujarat Affairs. He rose from the ranks in congress’s youth wing to become its president in 2010 and remained in charge till 2014. Elections in the Indian Youth Congress (IYC) were held for the first time during his tenure on directions of Rahul Gandhi. Rajeev Satav was also elected to the Lok Sabha in 2014 and represented Maharashtra’s Hingoli constituency.