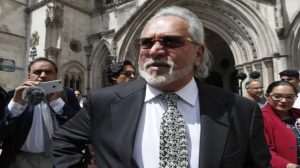 Vijay Mallya, the former promoter of grounded Kingfisher Airlines, was declared bankrupt by the London High Court on July 26. As a result, some questions have arisen.

Can a bankrupt Mallya still lead an affluent lifestyle? Is the former liquor king now a pauper in the typical sense? Can Mallya still offer to pay back banks?

Mallya, once the poster boy of Indian civil aviation, left for the UK on March 2, 2016, just hours before a consortium of banks rushed to the Supreme Court seeking his detention and immediate repayment of outstanding loans. A series of borrowings had been taken to keep Kingfisher alive, but the debt turned bad in late 2012. Mallya argued that it was a business failure, but investigators found financial irregularities and fund diversions.

Since his flight to the UK, Mallya, 65, has waged a legal war against lenders, investigators and the Ministry of External Affairs, disputing charges of financial fraud levelled against him. The ministry revoked his passport in April 2016. Several hearings have been held in the British and Indian courts, leading to Mallya’s arrest and release within hours multiple times. While the courtroom drama continues, the banks have recovered a significant portion of their dues by selling Mallya’s assets.

Mallya has been known for his flamboyant lifestyle and luxury styles. Can the baron still live his affluent life after being declared bankrupt?

Moneycontrol spoke to legal experts to understand the implications of the UK court order. The opinions of two top corporate lawyers were mixed.

“Now that the UK court has declared him to be bankrupt, he would not be able to afford a luxurious lifestyle,” said Nirav Shah, a partner at DSK Legal in Mumbai. “Mallya’s bank accounts would be frozen and he will be required to hand over all his assets to the bankruptcy trustee, who will investigate his assets and liabilities in order to repay the creditors. All that he will be allowed is money to buy essentials.”

But Faisal Sherwani, a partner at L&L Partners in New Delhi, said from a legal standpoint bankruptcy does not necessarily translate into pauperism.

“Quite simply, the bankruptcy order follows as a natural consequence of Mallya’s failure to honour his financial obligations and to pay creditors. His standard of living or a subjective standard of ‘affluence’ would largely be an irrelevant consideration,” said Sherwani.

Even otherwise, it appears that the bankruptcy order was granted on a plea of and in favour of a consortium of 13 Indian banks led by the State Bank of India, said Sherwani.

“This is a fairly good order for the banks as it opens doors and access to Mallya’s worldwide assets and possibly, a further freezing order thereof. If you are a bank, you might fancy your chances with this order more than you would with Mallya’s umpteen and perhaps, empty promises,” said Sherwani.

In the past, Mallya has repeated his intent to repay the full loan amount to banks multiple times. But the banks have never taken his offer seriously, saying that the promise was not a concrete proposal. Banks have recovered Rs 7,182 crore from Mallya by selling his shares in group companies, but there is still about Rs 5,000 crore due if the interest amount accrued over the years is factored. Will Mallya still need to pay the amount after being declared bankrupt?

“The Debt Recovery Tribunal and the Enforcement Directorate have attached various assets owned by Vijay Mallya. The argument could be made that the total value of assets attached by various authorities may be enough to repay substantial debts owed by Vijay Mallya to the Indian banks,” said Shah of DSK Legal.

Only last month, the Debt Recovery Tribunal sold shares (which had been attached by the Enforcement Directorate on account of a money laundering case) held by Mallya in United Breweries Ltd. to Heineken NV for about Rs 5,800 crore. An additional sale of shares was expected to realise Rs 800 crore, which would also have been distributed to the consortium of lenders.

“If the other assets attached by the Debt Recovery Tribunal and Enforcement Directorate are sold, it is believed that the lenders may end up recovering up to 90 percent of the outstanding dues. This would be a good outcome for the lenders who generally end up getting huge haircut (at times up to 90 percent) when companies get acquired via resolution plans under the Insolvency and Bankruptcy Code,” Shah said.

“Mallya’s supposed offer to pay banks is no test of his solvency. In fact, that ship may have sailed a long time ago. If he was serious about repaying these debts or had genuine resources to do so, putting a plan in action may not have been particularly complex,” Sherwani said.

The amount owed to the 17-member SBI-led consortium was originally about Rs 9,000 crore. Kingfisher became a non-performing asset for the banks after the airline was grounded on October 20, 2012. The loans had been taken against Mallya’s personal guarantees, which became the biggest weapon that the banks deployed against him during the legal proceedings.

Investigative agencies, including the Enforcement Directorate and the Central Bureau of Investigation are probing the loan transactions between Mallya and the banks. Although banks have recovered a substantial chunk of the loans, Mallya’s extradition is still key because he is being investigated for allegedly defrauding banks using the loans. The CBI has alleged that Mallya diverted funds to other activities.

The CBI probe revealed that Mallya diverted loans from IDBI Bank, SBI and another group of lenders for purposes other than those avowed. Citing an example, the CBI said an amount of Rs 263.08 crore from the loans availed from IDBI Bank in 2009 was diverted to pay tax-deducted-at-source overdues, lease rentals of the corporate jet used by Mallya privately and salaries, among other things.

How did banks recover the money?

As first reported by Moneycontrol on June 23, banks recovered Rs 5,800 crore by selling Mallya’s shares in United Breweries, amounting to a 15 percent stake, to Heineken. Earlier, they had sold Rs shares worth 1,357 crore. So far, banks have recovered Rs 7,182 crore from Mallya through the share sales.

The banks were initially unable to sell the share because they ED had attached them. However, after a special court designated under the Prevention of Money Laundering Act granted the bank consortium the rights of United Breweries Holdings, they moved to sell the shares. The path became clear after the Competition Commission of India approved Heineken’s proposal to buy the additional stake on June 8.