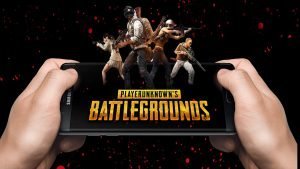 The company started pre-ordering the battle royale game through Google Play on May 18.

“The pre-registration exceeded 7.6 million on the first day and 10 million in two days, proving the high interest of Indian users,” the company said in a statement.

“Battleground Mobile India”, which is presented as a reward for Indian users who responded to PUBG IP (intellectual property rights), can be enjoyed free-to-play and is only available in India.

The release date of Battlegrounds Mobile India” will be announced at a later date. However, several media reports suggest that it might be released on June 18.

Set in a virtual world, it is a battle royale game where multiple players employ strategies to fight and be the last man standing.

A free-to-play, multiplayer experience from Krafton, players can battle it out in diverse game modes which can be squad-based or even one-on-one.

Featuring diverse maps with different terrains in a virtual setting, the game utilises the full capabilities of Unreal Engine 4 to bring alive fantastic worlds augmented by 3D sound, to build a truly immersive experience on a mobile phone.

The recommended system requirements to experience the game seamlessly are Android 5.1.1 or above and at least 2GB RAM in the mobile device.