Anand Mahindra looks up to former PM P.V.Narasimha Rao for his Monday motivation 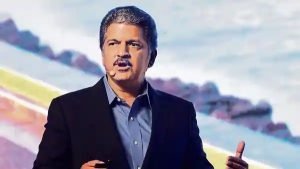 He wrote on Twitter, “My #MondayMotivation is through remembering this man—who’s not just under-rated, but under-appreciated. Shri Manmohan Singh is usually credited for the ‘91 reforms that transformed India. But in reality the pressure & courage for those reforms came from Shri P.V.Narasimha Rao.”

It has been 30 years when India decided to open up its economy and the 1991 budget is hailed by many as one that laid the foundations of a modern India and the roadmap for pushing economic reforms in the country.

Former Prime Minister Manmohan Singh who was the Finance Minister at P.V.Narasimha Rao cabinet had said the 1991 budget changed India in many ways as it ushered in economic reforms and liberalisation.

“It was a hard choice and a bold decision and it was possible because prime minister Narasimha Rao gave me the freedom to roll out things, after he fully understood what was ailing India’s economy at that time,” Singh, a former prime minister, said online.

Singh also said that Rao was a “friend, philosopher and guide” to him in many ways. Real tough decisions had to be urgently taken in 1991 as India was faced with a foreign exchange crisis, and with foreign exchange reserves down to about two weeks’ imports, it brought the nation to the edge of a precipice, he said.

“But then, politically, it was a big question if one could take hard decisions to meet the challenging situation. It was a precariously placed minority government, which was dependent on outside support for stability. Yet Narasimha Rao ji was able to carry everyone along, convincing them with his conviction. Enjoying his confidence, I went about my job to carry forward his vision,” Singh said.