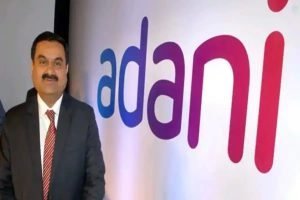 New Delhi: Adani Group shares today dropped between 5 per cent and 18 per cent. The big drop in the shares of Asia’s second Richest man Gautam Adani’s group fell in the wake of a report by Economic Times that stated accounts of three foreign funds were frozen by the National Securities Depository (NSDL). These three foreign funds have a staggering investment of 435 billion rupees in Adani Group companies.

The top laggards among the Adani group shares in today’s share market are Adani Enterprises, Adani Ports and special economic zone, which is Nifty-50 listed. The shares of these entities fell by more than 15 per cent each with a loss of around Rs 1,28 crore and Rs 681 crore respectively. Meanwhile, shares of Adani Power, Adani Green Energy, Adani Transmission, and Adani Total Gas fell by 5 per cent each.

Three foreign funds that were frozen are APMS Investment Fund, Albula Investment, and Cresta Fund purchased shares worth Rs 43,500 crore in four companies of Adani Group. Accounts of these three overseas funds were frozen around May 31, the Economic Times report said.

One of the plausible reasons behind the NSDL’s move to freeze the accounts of these foreign accounts is there were not sufficient details about beneficial ownership under the Prevention of Money Laundering Act (PMLA), the Economic Times report said.

Gautam Adani has become Asia’s second richest man after dethroning the Chinese businessmen, powered by exponential surge in shares of Adani Group’s companies. Meanwhile, Adani is the 14th richest man in the world.