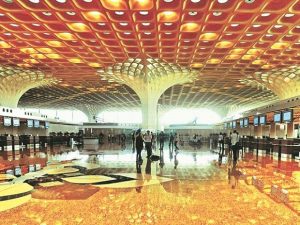 Adani Enterprises shares rose 3 per cent, on Wednesday, and hit a new high of Rs 1,461.45 in intra-day trade on the BSE, thus surging 11 per cent in the past two trading days. The flagship company of the Gautam Adani led-Adani Group company has now surpassed its previous high of Rs 1,335, touched in January 2008, before the restructuring of its businesses.

In order to enable distinct focus of investors to invest in some of the key businesses and to lend greater/enhanced focus to the operation of the said businesses, in 2015, Adani Enterprises, the holding company of the Adani group, had restructured its businesses.

The port business of Adani Enterprises folded into Adani Ports Special Economic Zone Ltd (APSEZ) and its power business merged with Adani Power as part of the restructuring. The company demerged the transmission undertaking in Adani Transmission. In 2018, Adani Enterprises had demerged its renewable energy business into associate company Adani Green Energy and demerged gas sourcing and distribution business to Adani Gas as part of simplifying overall business structure.