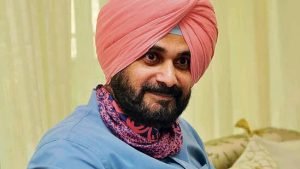 Congress leader Navjot Singh Sidhu said on Tuesday the Aam Aadmi Party (AAP) has always recognised his work and the vision for Punjab amid the bitter infighting between cricketer-turned-politician and chief minister Capt Amarinder Singh. “Our opposition AAP has always recognised my vision and work for Punjab. Be it Before 2017- Beadbi, Drugs, Farmers Issues, Corruption and Power Crisis faced by People of Punjab raised by me or today as I present “Punjab Model” It is clear they know – who is really fighting for Punjab,” he wrote on Twitter.

“If the Opposition dares to question me, yet they can’t escape my Pro-People Agenda … This means they have resigned to their fate !!” the cricketer-turned-politician also said in the following tweet.

The tweets were in response to a video clip that showed AAP’s Sanjay Singh appreciating Sidhu about how he and his wife have raised a voice against various issues including corruption and drug abuse. They also come a day after AAP’s Punjab unit chief Bhagwant Mann took a dig at Sidhu and asked him to tweet about the “funds” allegedly accepted by the ruling Congress from private power companies in the state.

Mann had alleged that the Punjab government was not scrapping the power purchase agreements (PPAs) signed by the former SAD-BJP government as the ruling Congress had accepted “funds” from the three private companies that have set up thermal plants in the state.

The remarks have revived the speculation that the senior Congress leader who resigned from the Singh cabinet in 2017, might be looking for options out of the party. In April, Sidhu denied that he has any plans to leave the party.